Eggplant:  “Hey, can I get a tiny purple pumpkin in the shape of human kidney that tastes like dirt?” Love the color. Hate the taste. I also don’t like what they sound like when you tap on them. If they’re not hollow, why do they sound hollow? Is it some kind of natural defense mechanism? Like an antelope considers eating one and then upon knocking it with its hoof, thinks, “Nope, that’s a conga drum. I don’t eat those.” You’re hiding something, Eggpant, and unless it’s Skittles, I’m out.

Lamb: Nope. There is no way you like lamb. People are always surprised that the lamb they’re eating isn’t giving them an immediate and incurable disease. “Wow, I’m really tolerating this lamb!” Lamb tastes like good meat that has something wrong with it. “Here, try this, it’s like beef, and just as bad for you, but genetically altered to be less savory.” There’s a reason it’s always served with mint:  to drown-out that awful taste. People often refer to it as “gamey” which I’m assuming is foodie code for “This tastes like a giraffe, but I feel cool for ordering it.” 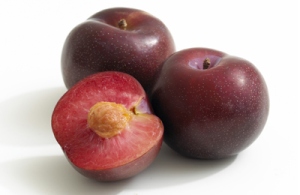 PLUM
I don’t think my teeth are sharp enough to take a bite out of you. Every time I try, I somehow end up ripping off a bunch of your skin and getting my face all wet. I don’t like being damp when I eat. Also, your pit to flesh ratio is WAY off. The only thing with a worse ratio is the cherry. You’re an overly juicy grape that’s 80% pit. Can you tell me why I should eat you instead of a grape? 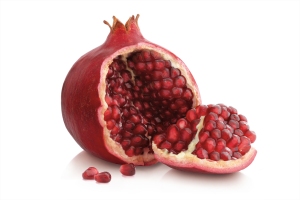 POMEGRANATES
It just took me 6 tries to spell you correctly and it still doesn’t look right. So that’s a serious issue right there. Also, I HAVE NO IDEA HOW TO EAT YOU. Every time I open you up (twice in my life), I think, “Oh, I accidentally broke some kind of bizarre college art project.”  You look like the brains of a bigger more evolved fruit. Here’s the other thing. I’m pretty sure you’re all seed. Am I seeing this right? Like, that’s your thing? “Dude, I’m a big seed pocket, take it or leave it.” I can’t for the life of me understand how you’re pulling that off. I’ll be honest with you, in my book, you’re VERY close to becoming a holiday fruit like the pumpkin and fig. 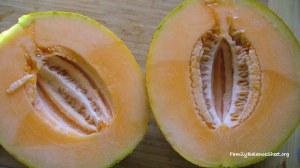 CANTALOUPE
Did someone cut a milk fart, or is there a cantaloupe in here? Is that how you want to live your life? I put you in my fridge, and after 3 hours the whole thing smells like garbage. You’re the Chinese food of fruit. How am I supposed to be ok with that? You should be smaller so I can eat you all in one shot so I don’t have to store you and ruin the scent of my whole house for 4 days. Can we talk about the “u” in your name? Are you British? It’s affected, and you should be ashamed. Start spelling it “cantalope”, and we can start talking about other more important issues about you, like that fact that you have the same density as a mousepad and look far too vaginal. 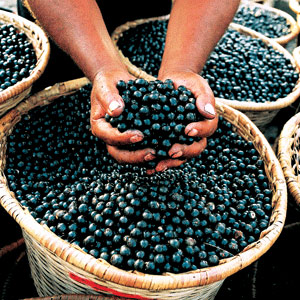 Oh Boy, you’re just gonna save EVERYONE’S life aren’t you? You swoop in from Brazil making crazy claims about antioxidants and free radicals. You just chill there in your little juice bottle next to the Kombucha, acting like you’re some kind of gift to humanity. You know what, Acai, I don’t need you, OK? So go back to that jungle you came from. Take goji berry with you. I’ve never had either of you and I don’t intend to start now. My berry game is PRETTY SOLID and I’m not down with shakin’ it up. 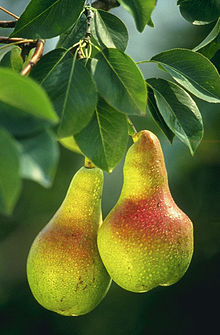 You’re so disgusting that people started pairing you with gross cheeses. “Here’s something that tastes like wet moldy socks, and it’s accompanied by this fruit that’s only tolerable because the cheese is so nasty.” There’s a reason no one has tried to make an artificial version of you. It’s because you’re gross. No one wants a pear flavored skittle, because skittles are candy and candy is supposed to be enjoyable. I ONCE had a pear flavored jelly belly and spit it out. The next one I ate was popcorn flavored, and as nasty as that is, it was WAY better than you. There’s one other thing, and I don’t quite know how to say it, but I find you to be sorta floppy. That droopy half ass stem you have that just comes off 90% of the time when you pull it, and your tender, easily bruise-able skin, it’s just weak, pear. Somehow you survived natural selection like that, and while I’m not suggesting that you go the weapon route of the pineapple, I am nudging you toward toughening up a bit. When I eat a piece of fruit I don’t want to feel like I’m holding a baby bird. 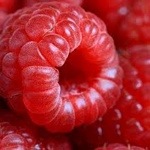 First off, take the “p” out of your name–it’s pretentious. You know you look like a tiny beehive, right? And what’s with the weird hairs? I don’t eat anything hairy. Nobody does. Plus, you’re slightly crunchy? Am I feeling that right? What the hell is the crunchiness? Are those tiny seeds? You can’t be that small AND have seeds. You’re just a hairy, bitter, seed filled sack. Go hang out with a burlap bag filled with sand; you two should get along great. That being said, I do enjoy your color. 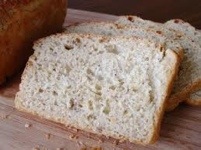 You have ruined more sandwiches than off brand mayonnaise and watery mustard combined. “Oh, I can’t wait to eat this sandwich! Hey, what the hell are these chunks of walnut doing in here?” Honestly, where do you come off putting NUTS IN BREAD. I’m ok with the oats. I understand that you gotta do what you gotta do, and if what you gotta do is put oatmeal in yourself, then fine. But nuts? I can’t even fathom where you got the idea that people wouldn’t immediately panic and spit you out on the rug. “There’s some kind of petrified bug in this bread!” I think we can all agree that a turkey sandwich should not be crunchy. You might be thinking, “Hey gastronomical opinion expert, what about peanut butter and jelly sandwiches?” Well, PB&Js should be crunchy, you’re right. But if that crunch comes from any other source than the PB, we should all march on Washington (or wherever bread is made.) 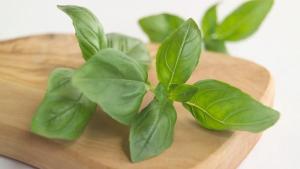 Uh huh, we get it — you’re awesome. There’s nothing like fresh basil. OH MY GOD FRESH BASIL. You make women with armpit hair go into a frenzy of orgasms. You are the heirloom tomato of spices. You are a good tasting plant, but you’re still a plant, so stop prancing around like you’re bacon. Settle down and know your place in the pyramid of deliciousness (bottom middle.) 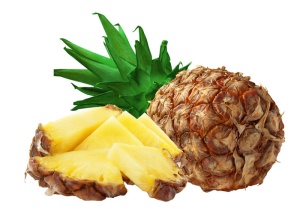 Pineapple
Are you a medieval weapon? I don’t want to be injured by my fruit.  Why do you feel like you need to protect yourself so much? You dont have any predators, so stop pretending like you’re being hunted. Once I get you open, the stuff inside is AWESOME. Holy bejeezus. Are you kidding me with how sweet you are? And that color? I’m a huge fan. Would you consider changing your name, though? It sounds like a room spray and you’re better than that! #realtalk 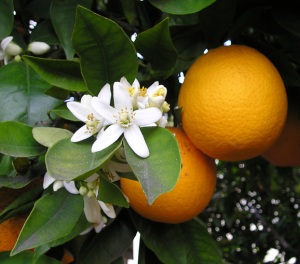 First off, you need to decide how many peels you have. I manage to remove that first layer only to find some gross translucent membrane that I have no clue what to do with. Do I eat that cobweb that surrounds you?  I understand that your insides are so squishy that you need some armor, but I dont want to spend five minutes taking it off only to find that you’re also wearing a full set of old dirty long johns. Look at your cousin, the clementine. That thing is awesome: easy to peel, no surprises. 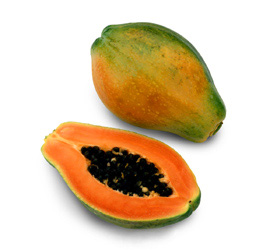 Here’s something I’ve never thought, “Hey, I’d like to eat something that smells like vomit.” You’re also too big and I like to hold an entire piece of fruit when I eat it (see apple. banana, peach for reference).

You look like a vagina filled with peppercorns. I know that’s harsh, but I’d rather you think of it as tough love. Also,  your name bugs the shit out of me. It’s like you’re trying to prove to everyone how fun you are. You’re a fruit, not a line-dance. 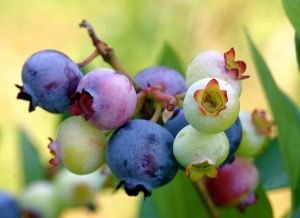 Yes, I see you. You’re adorable. But roughly 90% of the time I put one of you in my mouth, I think “Did I just eat a giant blister?” Sorry, but I detest the way you fail to burst inside my mouth. I expect a nice crisp experience, but instead, receive  some half-assed deflation followed by a bitter juicy run off. You have a bad attitude. It’s as if someone is forcing you to pop and then you do it while muttering, “This is bullshit.” Stop acting like a teenage employee at a Yogurt Land, and start living up to your potential. Grapes have been blowing you away for centuries.

P.S, You are amazing in pie, so keep that up. 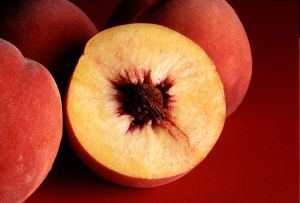 How many perfectly ripe peaches does the average person eat in their lifetime? Two? I’d say that’s average. The edibility window of a peach is twelve minutes. For that twelve minutes, you are amazing. But at minute thirteen you turn into Penicillin, correct?

Also, could you do something about the noise you make when I bite into you? Does it absolutely have to sound like a van being submerged into pudding? If there’s some wiggle room there, I would suggest toning that down a bit. Also, the fuzz? Kind of nasty. Please advise.